Fifth class have been busy getting into the Christmas spirit over the past few days.

There was great excitement in Room 12 when the boys and girls opened their Secret Santa presents. 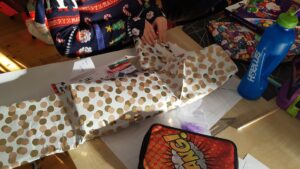 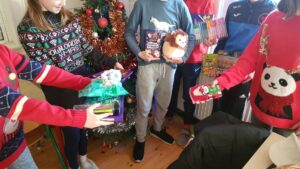 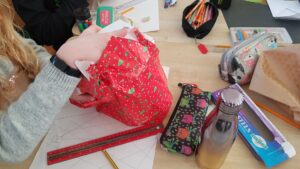 Finbar the Elf has been popping up all over the place before departing for the North Pole this week to help Santa. 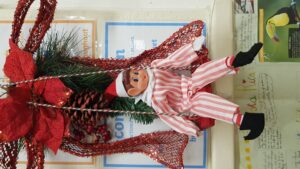 The children earned a Pizza Party with special guest Ms Atkin and were treated to a Christmas Pantomime.

We had three most welcome visitors to Greenlanes N.S. – Teddy’s Ice-cream truck and Santa Claus!

Dan the Lollipop man also dropped by with some Christmas lollies for the children! 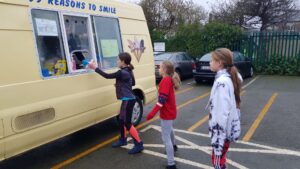 The children, in their pods, also had great fun as they scripted, created resources and performed a Christmas comedy for Greenlanes N.S. Christmas Service on Zoom.

Pod of Gold did a fantastic job creating signage and resources for the drama.

Peas in a Pod held interviews for Rudolph’s replacement at Santa’s Workshop in scene three.

In the ultimate scene, the drama moved to Ms Atkin’s sitting room where we find the much-loved Principal treating Rudolph to tea and warm blankets.  Sauropods signed off with a big ‘Thank You’ to Ms Atkin for saving Christmas! 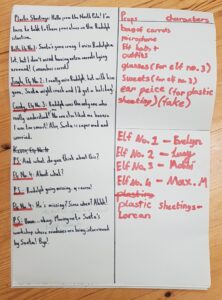 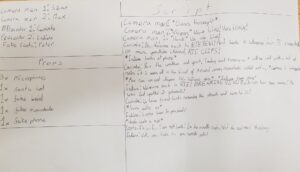 Wishing everyone a very happy and safe Christmas!