New Year and The Court is now in Session

On Wednesday January 8th we were joined in Fifth Class by Shalom and Niall, a solicitor and a barrister who introduced us to the legal system in Ireland. We learned about the Irish Constitution and about how courts operate. We heard about the 2 sides of every case, the Defence and the Prosecution and about the roles of the Judge, Jury and Barristers during a trial. We even tried on a barristers wig and gown for size.

We then had the opportunity to participate in a mock trial, presided over by Judge Nora. Mr.Strummer, played by Lee, was accused of stealing €20 from Michael Jones on Middle Abbey Street in Dublin on February 9th 2019. Mr. Strummer was represented by his barrister, played by Irish, while the Christopher played the role of the barrister on the prosecuting side. Daniel, in his role as the Crier kept the court orderly. The rest of the class became the jury, who ended up being split right down the middle on whether Mr. Strummer was guilty or not.

We all enjoyed the visit and look forward to their next visit. 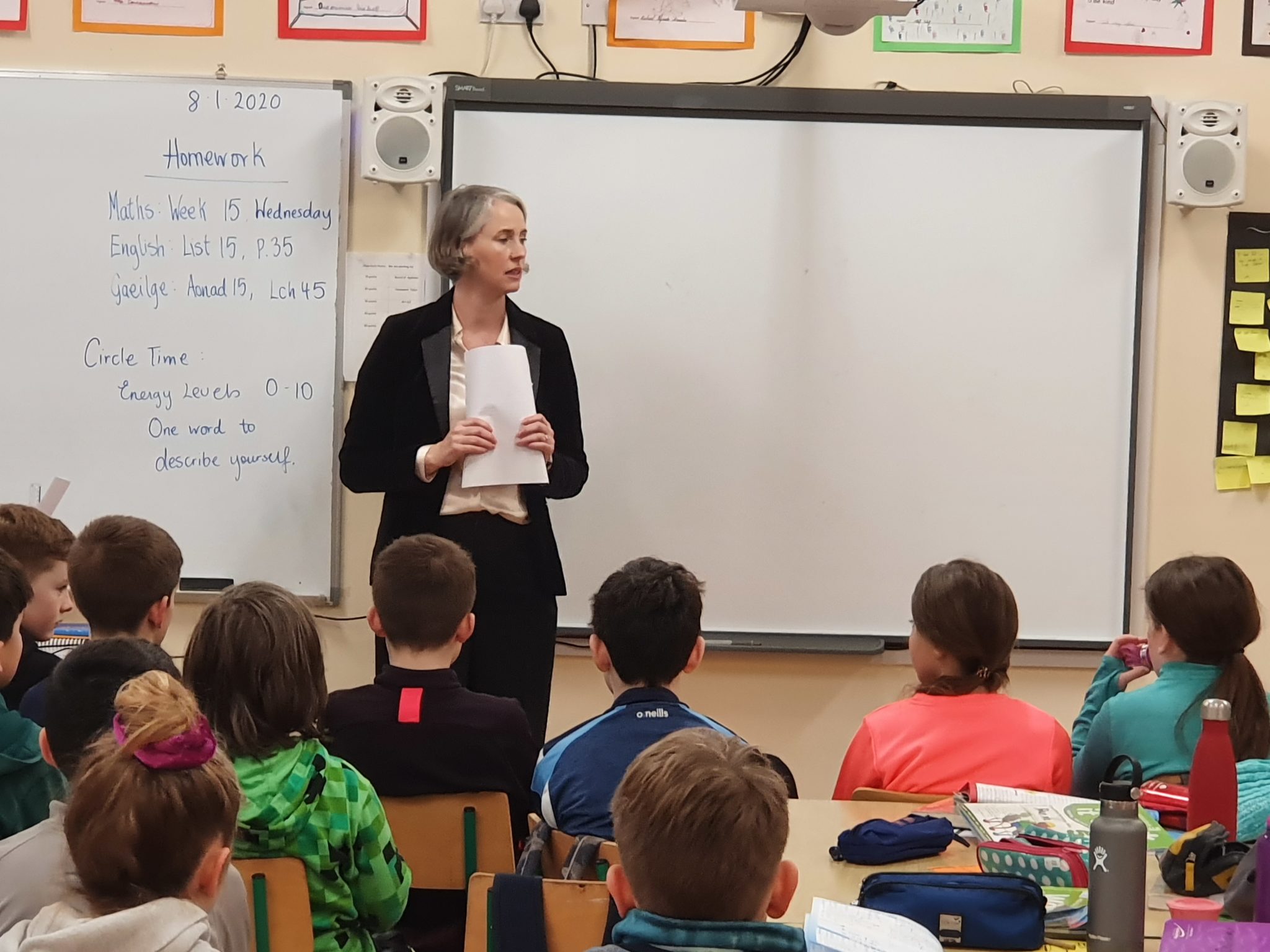 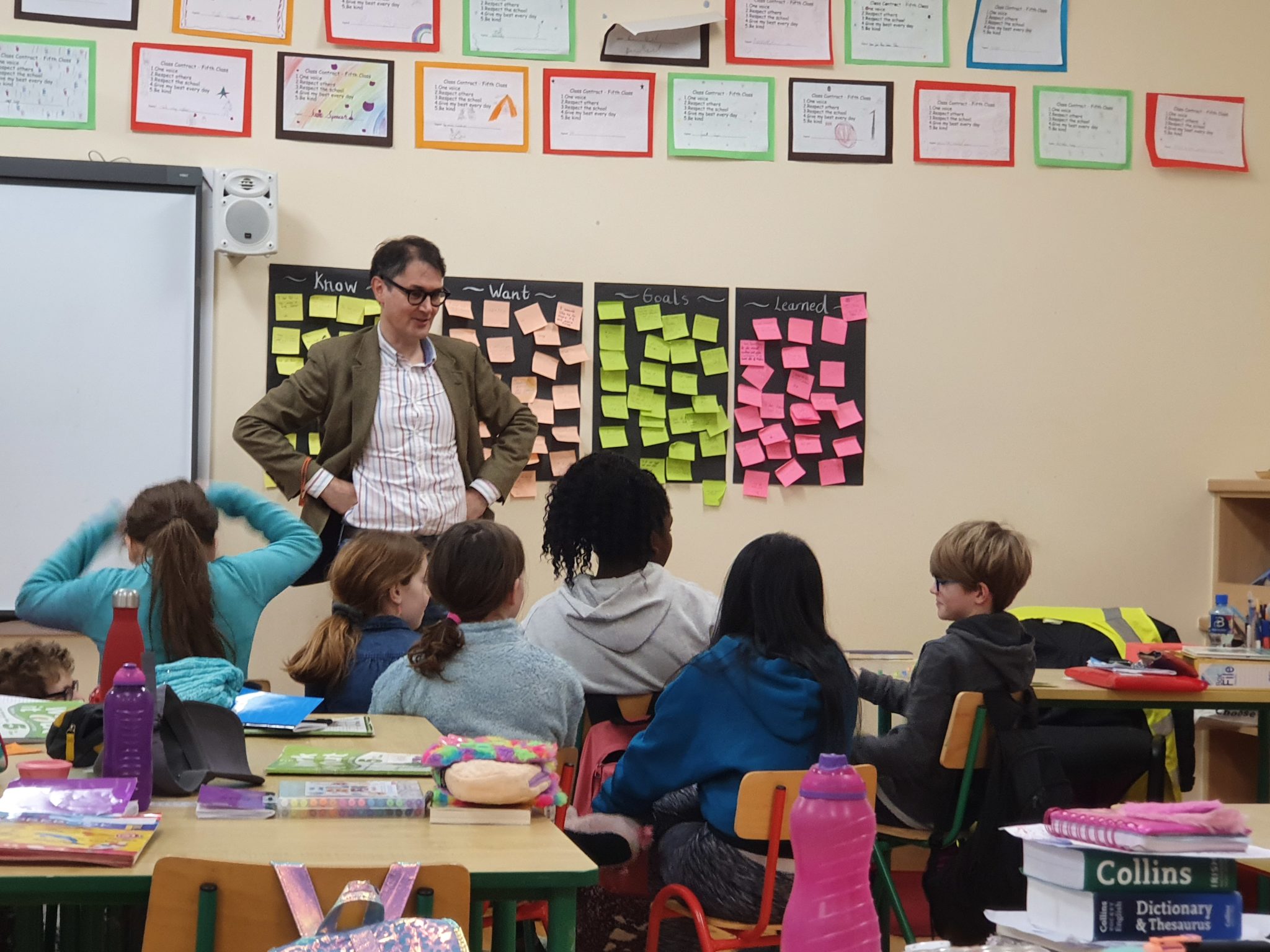 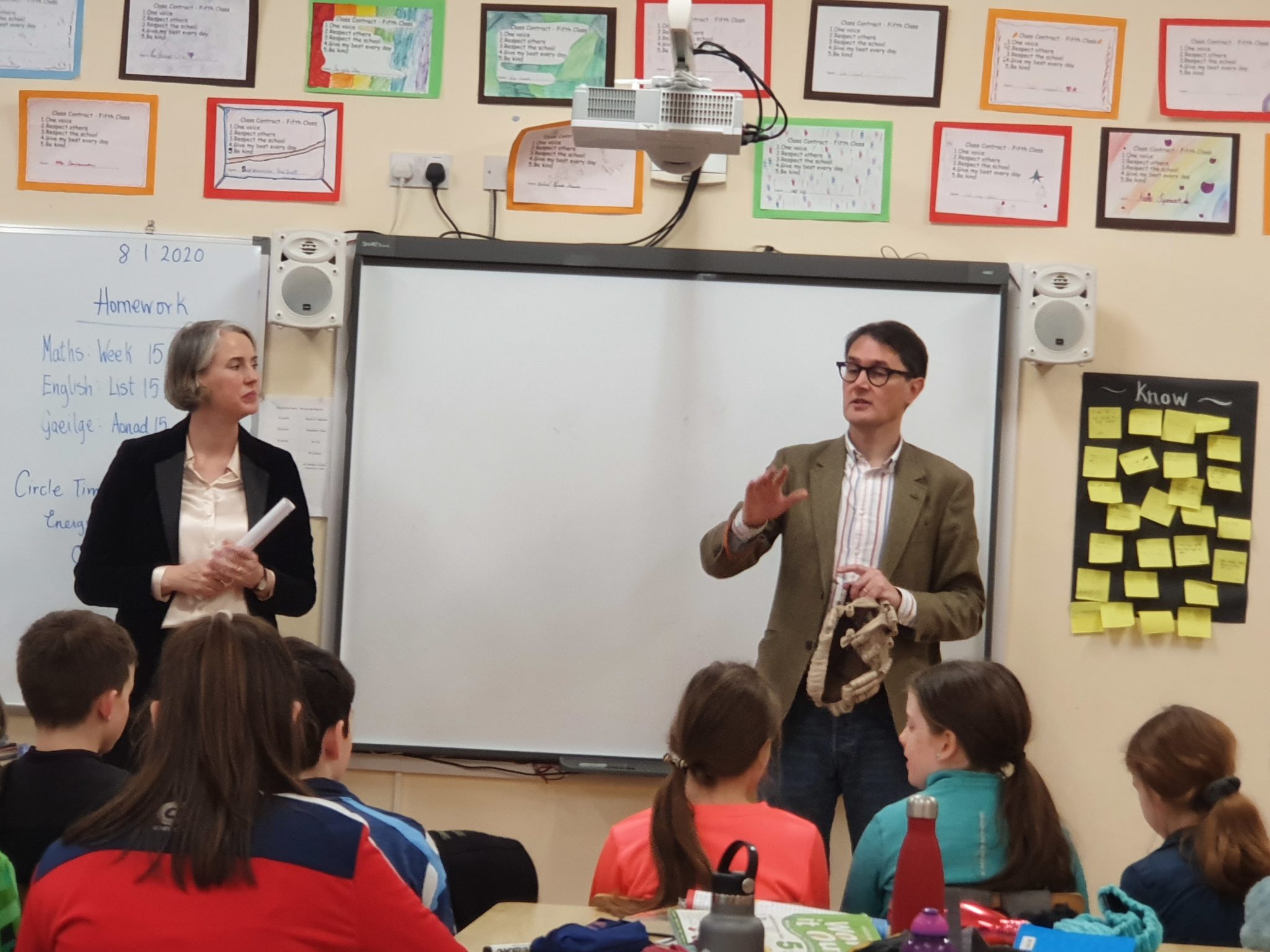 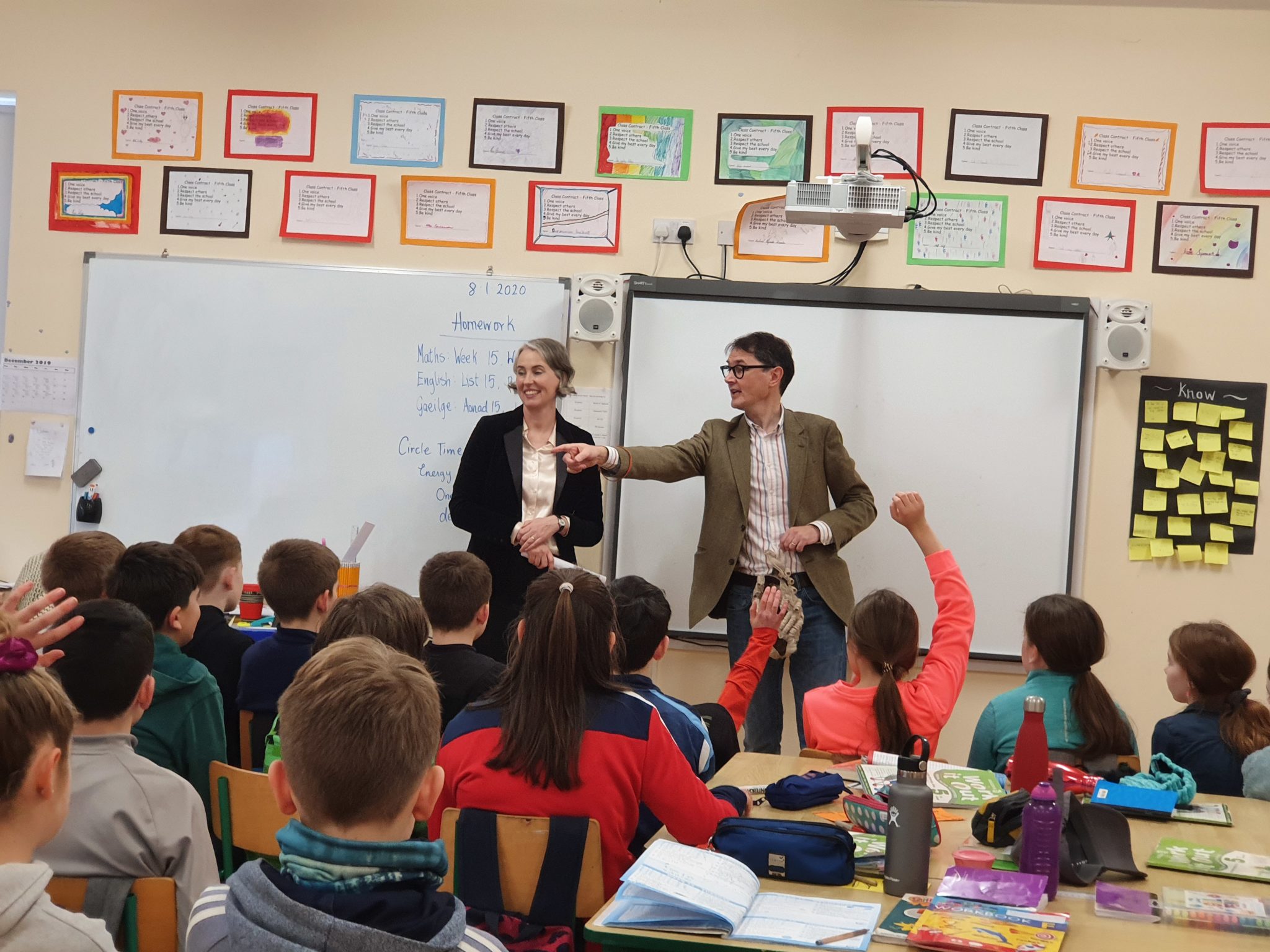