The Summer Term has arrived!! :)

Today in Ms. Seale’s class we did two experiments – Old flames part 1 & 2. In part one we put a candle on a plate and lit the candle (Being careful not to burn down the school!!!!). Then we put a jar over the candle and then in a few seconds poof! It went out. This is because fire needs oxygen to survive. This is why people use fire blankets, it stops the oxygen from getting at the fire.

Then in part two we we mixed blue food colouring and water and pored it into a plate. We lit the candle and put the cup over the candle but this time when the candle went out the water rose in the cup!! This is because when the candle burned out, the flame burned up all of the oxygen in the jar. The water moved up to replace the missing oxygen. This created a vacuum and sucked up the water to replace the air.  We had a fun time doing these experiments and learned lots!! 🙂 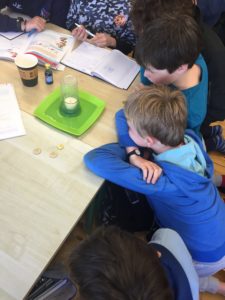 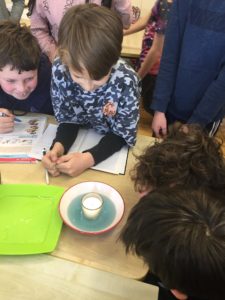 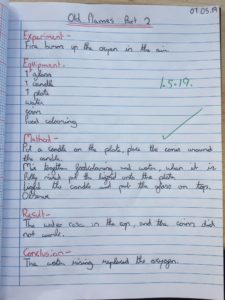 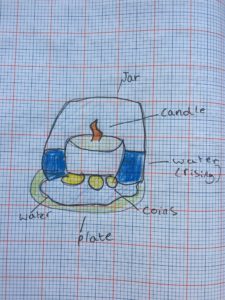 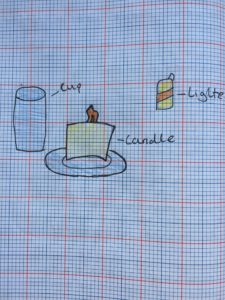 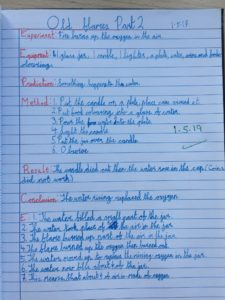 The Story of the Bible

We have been learning about the bible. We made posters about the story of the bible.We want people to learn more about the bible and be more thankful for all the little things. We all made our posters bright so it would catch peoples attention. We wrote down lots of the facts we learned and drew pictures.

Here are a few thing we wrote: 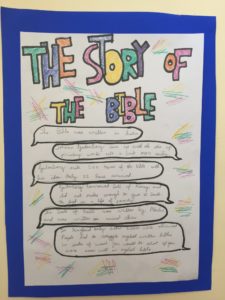 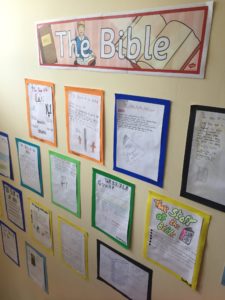 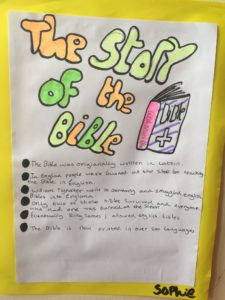