Our learning in Google Classroom

The girls and boys of Room 12 have been very busy in their new Google Classroom! We have concentrated on our Maths, English and Gaeilge each morning but we still found time in the afternoons to extend our learning through a variety of tasks and activities.

Mr Lalor would like to compliment each and every one of boys and girls for their enthusiasm and dedication to learning in our Google Classroom!

Below is a taste of what 4th class have been getting up.

We learned a little about the study of flags (vexillology) and, using colour and symbols, we created our own flags to represent ourselves, our families, our school or our clubs. 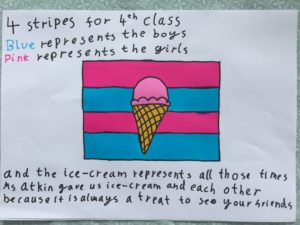 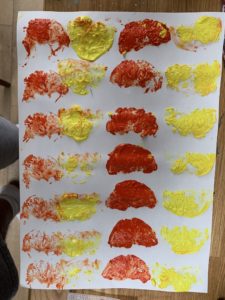 In our Lava Lamp Experiment, we discovered that water and oil do not mix. Oil floats on top of water because it is less dense or lighter than water. The food colouring that was added in the experiment has the same density as the water so it sank through the oil and mixed with the water. When an alka seltzer tablet was added to the mix, it reacted with the water and formed carbon dioxide gas and sodium citrate. It was the carbon dioxide bubbles that carried the coloured water to the top! 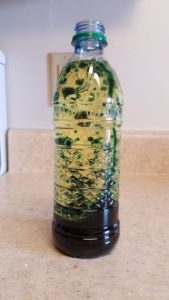 The children explored how different liquids react when they are mixed together. In a Spectacular Soap Experiment, they discovered that soap repels milk and attracts water. 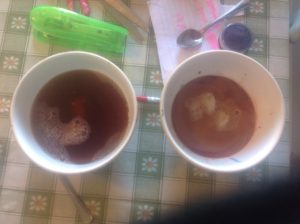 Time capsules: We wrote a diary entry about a day in lockdown and placed it in a bottle with newspaper cuttings as a reminder to our future selves! Hopefully we remember where we buried our bottles in 2030! 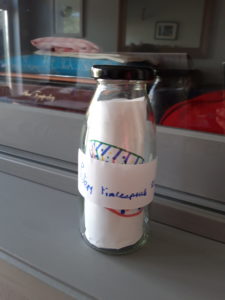 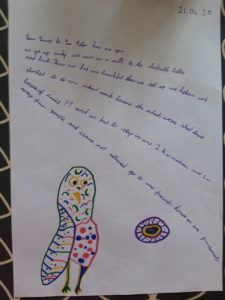 We have been learning about Greece for the past two weeks and our research has turned up some amazing facts. Here are some of the highlights that the boys and girls of 4th class presented using Google slides and other media. 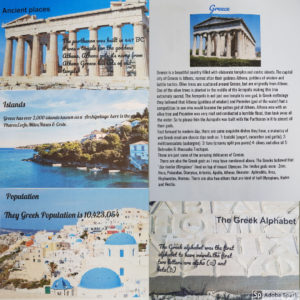 The boys and girls worked hard to do a risk assessment in the home, garden and school. They placed themselves in the shoes of a younger child in the school or brother/sister or cousin and identified a series of danger zones as well as ways to avoid or make the danger zones safe. 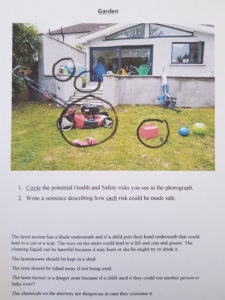